Turkamagazine.com | Mag of the Tourism 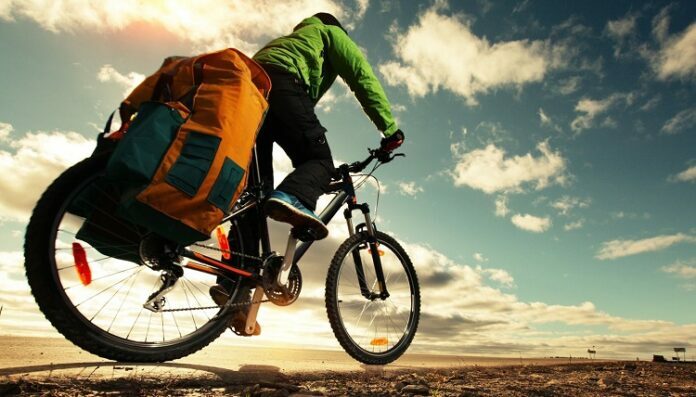 Staying fit can be a tricky business – after a while, it becomes difficult to keep focus on the task in hand. After you’ve been at your leisure activity of choice for a few months, you might begin to lose that drive that got you going to begin with.

If you’re to reap the maximum benefit from exercise, you’ll need to do it in a focussed manner. Having a concrete goal ahead to work towards can be a powerful motivator. If that goal is to perform well in a very public test of your physical prowess, than you’ll be all the more motivated to succeed. And if you’re looking for such a test, then there are few more suitable than charity events like a long-distance cycling challenge.

Of course, experienced cyclists will be well aware of the need to constantly approach new challenges. If you’re an experienced cyclist who’s already completed many trips, then you’ll likely be hungry for more. With that in mind, let’s take a look at some charity bike rides that will test even the most experienced of cyclists!

If you’ve not yet completed a trip, then there are few better ways to commence your long-distance career than with the London-Paris route. And if you’ve already made a trip, then what are you waiting for? You’re missing out on a great day out that’s right on your doorstep!

You’ll be travelling almost three-hundred miles in total, over four days. The first leg winds through Britain’s famous countryside, before arriving at Dover. Once you disembark on the other side of the channel, you’ll be navigating France’s country lanes, stopping off at small market towns where you can grab a bite to eat.

This is a great way to get into the world of long-distance, as trips are open to cyclists of all levels, and reputable organisers will offer all of the necessary to support you as you make the trip. But, of course, that doesn’t mean that you’ll be able to skip the training – you’ll need to be physically prepared in order to cross the finish line in one piece.

If you time your trip properly, then you’ll arrive at the French capital in time to watch the finale of the tour de France, and see how the professionals do it – perhaps you’ll even learn a thing or two in the process!

This is a trip with a great deal of history attached to it. On one end of this epic trek we have the ancient Ho Chi Minh City in Vietnam, which at the other we have the ancient temples of Angkor Wat in Cambodia. In between the two is four-hundred kilometres of winding trail, taking participants through picturesque little Vietnamese villages and stunning scenery. Naturally, it isn’t often that locals encounter a pack of cyclists, and their surprise and enthusiasm will be just the motivation required to spur you to the finish line.

If you’re looking for an exotic land to travel through, then India is among the best candidates. The hills and deserts of this region of India represent some of the best cycling that the nation has to offer.

This route offers a vastly different side of India to that on display in major population hubs like Delhi and Jaipur, making it worthy of consideration even for those who’ve already made the trip to this vast and varied country.

The trip even ends at one of the world’s most famous landmarks, the eye-popping Taj Mahal. So, if you’re looking to celebrate your completed trek with a celebration pose, you’ll be able to do it in a setting fit for your achievement.

Of course, we saved the most extreme challenge of all for last. While Death Valley certainly isn’t the longest cycling trip you’ll have ever committed to, it’s certainly the one that confers the most bragging rights – it’s the hottest place on Earth, a scorched wasteland in which nothing lives except for tiny insects and microbes.

Alright, that’s not quite true. When you actually arrive at the valley, you’ll see that it’s not quite as barren as the name might suggest – and there’s some breath-taking scenery to enjoy on your way around the park. What’s more, you’re not going to be attempting it during the height of summer; November or March offer far more agreeable temperatures. That’s not to say, however, that the trip isn’t going to be stupendously difficult – only veterans need apply!

Fly to Turkey to explore these heavenly beaches

5 Spots for Authentic Comfort Food in the American South

A Guide to a Stress Free Foreign Holiday

Protect Your Tech on Holiday